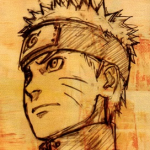 I'm the current admin of this wikia. I've been a fan of Naruto for years, but I've been out the fandom for a long time, although I read the new chapters every week. But I've been recently back to the fandom.

My favorite pairing is NarutoxHinata and I love both of them very much. Other characters that I love are Gaara, Lee, Shikamaru, Temari, Itachi, Nagato, Minato, Kushina, Kiba and Akamaru, Kimimaru, Haku, etc...

About me: I'm very calm person and people say I'm very mature and knows how to behave at the right times (hipe they are right XD). But I can also be completely crazy. I was called "insane" many times by diferent people XD I also suck with words, so if I end up sounding rude or anything like that plz let me know, since most of the times it's not my intention to aound that way ^^

Editor - I try to always make editions based in facts and be impartial when putting new info in the. I'm pretty open-minded person, so I'm open to advices, diferent opinions, suggestions and critics. If anyone dislike any of my editions feel free to tell me.

My thoughts about my favorite couples.

NARUHINA: My absolute favorite. To me, those two are completely perfect for each other. I love both Hinata and Naruto, and I think they balance each other perfectly. I admit that Hinata stuttering all the time and being so incredible shy bothered me at beggining, but she became a beautiful and brave woman. I think Naruto will never find someone that loves him as much as Hinata does, and that if he gives the chance, he'll be the happiest person in the world. And that's all I want. I want these amazing characters to be happy. ^^

SASUSAKU: This is a couple I see happening at the end. Since the beggining it was stated that Sakura liked Sasuke, something that changed to love. I even love how their colors go together ^^ Although they are not my favorite characters, I do like them. I pity Sasuke, and I hope he can see the light at the end. And I can only see him with Sakura. I really think that she's the only one for him. To me it would be really weird if after all that Sakura end up with Naruto. I just really don't see NaruSaku happening, to me doesn't fit nor make any sense.

SHIKATEMA: First thought when I see these two together: they will get married. Right after their first battle, but specially when she helped him at the "Get Sasuke back" mission, I see these two together. To me they fit perfectly together. I really really hope that at the end of Naruto, Kishimoto-sensei shows these characters as adults, and I really hope for Shikamaru to be marriedto Temari. Although I'm not sure how it would work... Probably Temari would leave Suna and start living in Konoha... ^^

SUIKA: This actually not a favorite pairing, and I don't really like Karin's character, but like Shikamaru and Temari, everytime I see these two fighting I think "get married already!!". To me they look that classic couple that starts fighting screaming at each other saying how much they hate the other to the point they start to make out. XD I don't see Karin with anyone else than Suigetsu. Love/Hate relationship for these two.

Retrieved from "https://narutocouple.fandom.com/wiki/User:Hikaru89?oldid=26881"
Community content is available under CC-BY-SA unless otherwise noted.